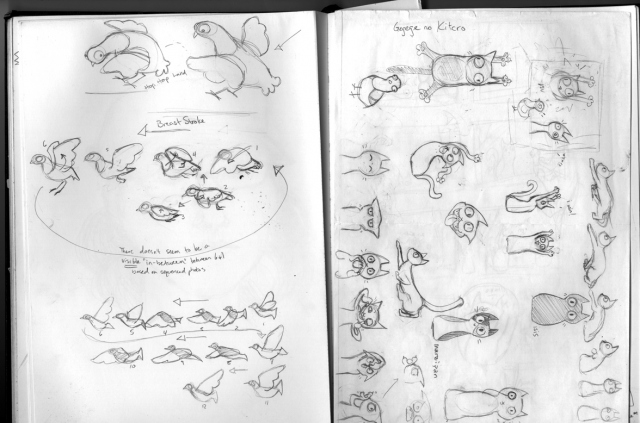 A storyboarding assignment where were were given a setting and had to create a story and animatic to fit it. We had to make at least one soundtrack selection for one scene, which is why there’s a sudden attack of music halfway through.
(c) Nina Riggs Dorries 2009
Adobe After Effects

Pigeons Just Don’t Get It